I really am trying to make these entries shorter...

Ephesians 2:10 (NASB)
For we are His workmanship, created in Christ Jesus for good works, which God prepared beforehand so that we would walk in them.

So what has God called you to do? Certainly there are general callings like "make disciples of all nations" and "do not forsake the gathering with others." There are certain general obediences we all need to be doing, but beyond that, what has He called you to do?

I find few people out there that really feel they are "called" to do something. Yet they often are running around doing a lot of things "for God."

But as the verse says, we're prepared for good works which He prepared beforehand. It's like there are things God will have us do... when we're ready. When we're ready to be used. And it won't be the crazy, frantic, panic work that we get burned out over...

Isaiah 40:31 (NASB)
Yet those who wait (hope) for the LORD
Will gain new strength;
They will mount up with wings like eagles,
They will run and not get tired,
They will walk and not become weary.

It will be in His strength:

Philippians 4:13 (NIV)
I can do everything through him who gives me strength.

But until you're "called" to do something, I believe the "general" callings are what we need to be responsible to and not look for other things to be doing. As Phil Vischer shares in his book ("Me, Myself and Bob"), Noah "walked with God" for hundreds of years (some debate about when God told him to build the ark) and only then was he ready for God to use him. And boy did He use Noah!

For the father-son example, if that father tells the son to do some chores, he sd do them, but then if he says to take the rest of the day for himself, he can! Enjoy that time, do what you'd like, but don't necessary try to guess what the father wants, etc.

So trust and rest (see previous posts) by putting God first and then wait. 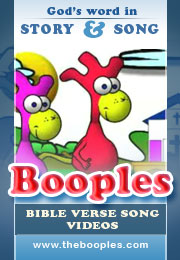